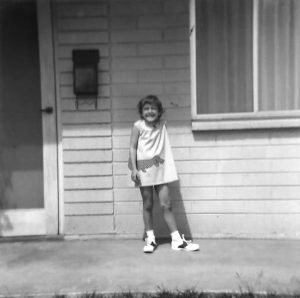 Born in Greeley, Colorado, Christie K. Kelly spent her formative years in the San Luis Valley of southern Colorado, surrounded by the majestic Rocky Mountains. She thrived in that idyllic setting, and would wake up early mornings to dig for worms for fishing, because she’d do just about anything to put a twinkle in the blue eyes of her Irish dad. Her father was an outdoorsman—a fisherman and hunter—and to impress him, she bravely gutted fish, plucked the feathers from ducks and learned how to skin a rabbit. As a badge of honor, she frequently kept a rabbit’s foot on the belt she inevitably wore to hold up the pants on her skinny little frame.

Later, those early morning outings brought giddy excitement as she boarded the school bus to go skiing at Wolf Creek, joined her friends for a hike up the steep trails to the falls and lakes of the Sangre de Cristo Range, or sledded down the slopes at The Great Sand Dune National Park. From all of those experiences, it’s doubtless that the mountains are in her blood. Today, Christie still proudly describes herself as a “mountain girl.” 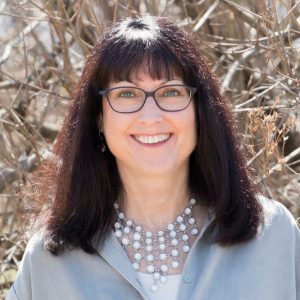 Later still, Christie married an easterner she fell in love with at first sight, and they remain married 40 years later. After having two sons and attending various colleges, she finally earned an accounting degree from Western International University, in Phoenix. After that, she and her family moved to New Jersey, where she applied her education to help start-up and manage her family’s material handling business. And, although she has been instrumental in the business’s success, painting and writing have always been her true callings, especially since she can use both media to depict and explore themes of the natural world so beloved by her.

In 2007, Christie and her husband, Michael, were nearly fatally poisoned by methane and hydrogen sulfide gases in their own home. In the aftermath, she was inspired to use that near tragedy to tell their story, a plan that eventually evolved into Christie’s epic series of fictional novels entitled “The Six Gifts.”

Having endured yet another brush with death in her lifetime, Christie credits the fact of her survival to her abiding belief in closely observing natural signs and following her intuition, both traits that she inherited from her nature-loving father. Her storytelling mirrors that belief, and is delightfully infused with characters who do the same.

Christie K. Kelly is blessed with two grown sons and five grandchildren. She and her husband now live in the Green Mountains of rural Vermont with their two goldendoodles, Charlie and Dylan.

Just when you think, “I’ve got this,” think again.
Read the true story here.

Christie is also a painter who works in the medium of acrylics.
See Christie’s art here.